In an age where most bands are beginning to whine way too much for my liking, I’ve turned to my old country roots and to the music my parents listened to as a kid–lots of standards and old movie songs.  My grandparents always had music playing on the television, whether it was the Grand Ol’ Opry or some religious music shows that aired prior.  Then there was always Hee Haw!  I also heard a lot of Frank Sinatra music, Dean Martin and a few others growing up.

Country, blues and jazz have a rich heritage in this country, but in the youth, they don’t have that same fire running through the veins that leads to what inspired some of the greats to write music as they did in years past.  Hard work and ingenuity are now replaced with the internet and mass production of music on such a scale that it seems to me that the market is becoming too saturated with these services to download a lot of music–and many under-deserving artists keep getting over exposure to the point that people cannot stand to listen to them any longer.  Want a good example of how this can happen?  I’ll give you one using a song released in the 1990’s.  Remember My Heart Will Go On from the Titanic soundtrack?  I do! Boy that song kicked ass, but it got waaaaaaaaaaaaayyyyy too much airplay and that’s what killed it.

I actually miss going to the market and buying the music I want to buy–actually putting my hands on the albums or the cd’s.  If you can remember all the posters of who you thought were great musicians on your walls, that you clipped from Tiger Beat or 16 magazine, then you know the type of feeling I am referring to.  Now in my pre-teens, I confess that I was into the teen idol stuff.  There wasn’t a single girl in my class who didn’t have a huge crush on one of the Osmond Brothers or David Cassidy.  I was the oddball that loved the Jackson 5 too.  You see, parents tended to buy our music and my dad would not let me get the Jackson 5 stuff until I made my own money.  However, he went into deeper shock when I bought George Harrison‘s “All Things Must Pass” album.

At 13 I began to crave real music.  I began writing real lyrics–and to me George Harrison, Paul McCartney and John Lennon were, in the words of young people today, “The shit!” I also love Stevie Wonder… Songs in the  Key of Life is one of the greatest albums of all time. I hated the world around me and wrote about that for the most part.  I have returned to music after almost 29 years. For a while I stopped because I listened to everyone tell my why I can’t do anything rather than the one voice inside of myself that tells me I can.

What I listen to inspires me, but I cannot sing the music that inspires me to write. I don’t know why.  I’ll listen for hours and never allow a single  note of it to escape my lips…Europe is a whole new world.  The music is different as well. People over there actually enjoy what I enjoy.  I want to share the things with you that made me realize that there is hope for the American music scene yet. One of them is this lady.  Her name is Lara Fabian:

Then there is this guy who seemed to pop out of a box from Bulgaria in 2009…It was still another year before I heard him sing, dammit!

I never knew Ben Cross could sing prior to that…Then again, I lived in a f***ing bunker of my own making.  Sometimes I still hide in it too.  In case you are wondering, he is probably best known over here for his work in Chariots of Fire and for playing Sarek in the last Star Trek film.

Now before you start, don’t start slamming older musicians.  The well ran pretty dry as of late and these musicians still have it going on, man…This guy has a resonating light about him and as long as he has that, I support him–PERIOD.  Some of you younger artists should take a few pointers from him because he has a better tone and range than a lot of us do.  IF you don’t believe me, listen to him.  As for me, I’m too much like Pink…I do what the hell I want and write what the hell I want.  When I need a wake up call, I go to the roots–the old music and Ben does it well.

The THIRD thing came from Lauren Cross.  It was a link to THIS station:

You can also listen to this  KCRW    These stations have a little more to offer than my usual, eardrum bursting fare!  When riding with me, I tend to listen to what your mother warned you about!  If you dare to let me drive and I’ve got Enter Sandman by Metallica playing, be ready to get stopped because I get tickets every damned time!   The same holds true for when I am playing I Want it All by Queen.

Now I do like hearing the old “Nirvana” music and some Goo Goo Dolls.  John Rzeznik knows how to put a lyric together that messes with my head every time and I like that in a songwriter…It just seems to me that the old fire died out when the 90’s went.  Once in a while, you get a band like Arcade Fire or something but they don’t hang around for too long. Sorry but it is true…Of all the Best New Artist winners at the Grammy Awards in the past 10 years, I see that there are 2-3 acts that got it that NOBODY in the mainstream seems to have heard of–Esperanza Spaulding being the latest…They gave it to Nora Jones too (who did NOT deserve it–sorry) when Averil Levigne should have gotten it.  If you look at the list of who has won, you will see that while they do sell records–the mainstream (working class American) listeners don’t care one iota for their music.  People need to realize that the academy votes on this.  I am glad and surprised that Maroon 5 won when they did.  They are GOOD!

I want to share two more songs with you that I love to listen to.  Here is the first one by Shinedown (Second Chance):

And here is the 2nd one by Hinder (Lips of an Angel):

These two bands aren’t “special” or “great”…Their sound is honest, raw and pure and that is what I look for in any artist regardless of the genre.   That in mind, I want to mention a  new band from Cross Plains, Texas.  I got the pleasure of meeting them in Mingus, TX the other night.  The band is “Bars Lane”.   IF you are a manager, they need one.  Friend them on FB and get in touch with them, but I do believe they are going to make it.  When you hear this, you’ll know why I am mentioning them on this blog.  Their lyrics are honest and they have a lot more besides this one.  Their drummer wrote the song “Blessed” which I featured below.

If you guys like Cross Canadian Ragweed, you’ll love Bars Lane, too.  It’s that simple.

Here’s a pic and a link to their FB page too: 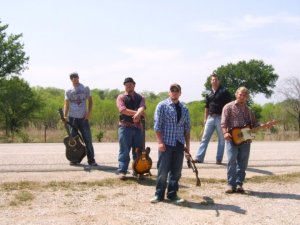 They are also on reverbnation.com  as well.   Have a great week–especially all of you in Texas!  Let’s support these guys!