You’re right…There is no such place in your world, but in the world of a little girl named Felicia Mitchell, it is very real.  And to her, it is where she lives with her mother, Annie and her Grandmother Ida.   As the smell of freshly baked blueberry muffins permeates through the walls at 6 a.m. one morning, six-year-old Felicia goes across her room to her dresser where she looks at a picture of the father she never knew, right after tossing aside the Winnie the Pooh comforter.

“Daddy, I know you can’t come back, so I wished for a new daddy for Christmas. If it makes you cry I’m sorry, but Mama is lonely and I want to know what it is like to have a daddy of my own.  Grandma says you will never come back and that you’re in Heaven and Mama gets all upset over that, but I think she’s right. Maybe someday I’ll get to meet you, but I think for now, I’m going to go look for the white gator…Big Bear says if I see the white gator, my wish will come true, so I’m gonna go by the pond to see if I just catch a glimpse of him.  Big Bear says sometimes I might see him in a dream and he’s not a bad gator either.  He doesn’t eat people and he has no teeth! He just shows up to let people know things are going to be okay. I hope you are okay where you are. Later, Daddy! Oh and by the way, Mama got me Winnie the Pooh stuff for my room and my walls are now white instead of that dark blue you liked. I hope you don’t mind but it was just too dark in here for me!”

Her father, Michael has been missing in action since Felicia was six months old.  Although Ida felt that Annie should divorce, she refused.  Annie felt that somehow, someway, he was alive somewhere.  However today, she was about to have all hopes shattered.

With that being said, Felicia hastily put on her clean jeans and a sweater and went into the kitchen where her grandmother was sitting in the breakfast nook, enjoying a cup of coffee and her cigarette.  Her salt and pepper hair was tied back and no one would guess that she is already almost 60.  She looks as though she’s 40.  Like her daughter, Annie, men fawn over her too.  She spilled a little coffee on her brand new pink robe and looked up to see Felicia’s blonde curls headed right past her–so she refrained from uttering her usual vernacular.

“Child, where are you going at this hour?” she asked Felicia.

“Just to the edge of the pond to see if the white alligator is there.” she said as she looked into her grandmother’s green eyes.

“Alright but stay on this side of the yard where I can see ‘ya.” she said.

“Yes ma’am.” Felicia said as she went out the back door and walked to the edge of the pond.  When she looked at the ground, Ida could tell how disappointed she was.

“Are you going to tell her that there is no alligator?” Annie asked as she entered the kitchen in a mini robe and a pink teddy.

“No. I won’t hurt that child by shattering any hope she has.  She never tells what she wishes for, either.  Just let it be Anna. And don’t tell her Santa don’t exist either or I’ll go postal on your ass!” Ida said.

“I wouldn’t do that to her, Mother.” Annie assured her as she tied back her blonde hair and sat across from her in the booth.

Felicia slowly re-entered the kitchen and went to the booth and sat down quietly.

Felicia shook her head, “I won’t give up though!”

“Good! That’s the spirit! Now what are we gonna do today?” Ida asked.

“Mama said we are all going to the park for a picnic!” Felicia beamed.

“And we are having a special picnic! Remember why?” Annie asked.

“That’s right and we are going to tell some stories about him so you’ll know more about him!” Ida told her.

“Mama,” Felicia began, “Who is that guy that moved into Billie’s old house?”

“I didn’t know anyone moved in there Felicia!” Annie told her.

“He did! He’s an older guy and he talks funny! I asked him where he’s from and he said Birmingham but he don’t talk like no one I ever saw before. I told him he talks funny and he laughed at me! That’s when he said he’s from England.” she said.

“But he does talk funny!,” Felicia protested, “And he doesn’t know anything about cars like Grandpa did either!”

“What on Earth do you mean?” Annie asked.

“HE keeps calling a hood a “bonnet”! I may be only six but a bonnet is what some girls wear on their heads at Easter! I let him know it too and he laughed at me again!” Felicia said.

Both women laughed then Ida told Felicia, “Well just be nice. They just use different words for different things, that’s all.  You have a cousin who is going to school there.  Go wash your hands and get ready for breakfast.”

“Looks like we have a new neighbor you should go meet, Mama!” Annie said as she raised an eyebrow.

“Don’t even think about it Annie!,” Ida warned, “I KNOW that look!”

The rest of the day was going normally until about 10 a.m.   Then there was a knock at the door.  Felicia answered it.  There were two men at the door. One was a priest and one was in an Army uniform.  “Hello, little girl.  Is your mommy home?” the man in the uniform asked.

“What is your name Little Girl?” the priest asked.

“Felicia Mitchell.” she said.  The two men then looked at each other but said nothing.

Annie entered wearing jeans and a sweater.  The minute she saw them she put her arms around Felicia and then knelt to eye level. “Felicia, go get Mama, now. Please.” she said.

“Yes Ma’am.”  Felicia said as she went upstairs to Ida’s room.  Ida’s door was open and she was brushing her hair.  She too  was already in a sweater and jeans.

“Grandma. Mama needs you downstairs.  There are two guys down there who–”

As Ida entered Annie collapsed from the Chaplain’s arms into her arms.  As Felicia watched–not fully understanding what was going on, she knew that it was something really, really bad for her mother to break down like that.

The men stayed for a while and Felicia went to her room.  She didn’t want to be down there at that point.  A bit later Annie entered her room and directed her to sit next to her on the bed.

“Felicia,” she began tearfully, “I have some news to share and it isn’t good.”

“Your daddy is not coming home.  He was killed in Iraq.  They didn’t find this out until a few weeks ago and he is being brought back here so that we can say goodbye to him.  I will be making funeral arrangements tomorrow.”  she told her.

“Grandma told me a long time ago that she thought he was in Heaven.  I’m sorry Mama. I wish I could remember him.” Felicia told her.

“You don’t remember him but when we look at you–we know he is still around.  He lives right there.” she said as she pointed to Felicia’s chest.  She then took the child into her arms and softly wept as she held her.  Felicia didn’t really understand death, but she wanted her mother to feel better so she simply hugged her back and sat in her lap quietly as Annie rocked her back and forth.

Later, after the two men left with some paperwork Annie signed, the three sat in the kitchen and ate quietly.

“Felicia,” Ida asked, “How are you feeling? You do understand what happened don’t you?”

“I think so Grandma.  Daddy’s never coming home.  It’s sad, but I don’t remember him, Grandma.” she said.

“It’s alright, Felicia. We know.,” her mother began, “Over the next few days a lot of family members will be here.  Your grandparents from Hawaii will be here too, and they’ll be so glad to see you.  They came last year, remember?”

“Yes Mama. I remember.  They gave me that picture of Daddy and his trinket box.” she said.

“That’s right–the one with your daddy’s baseball card collection is in the attic too.  He loved baseball just like you do.” Annie said.

“And that little necklace you have that he sent you from Iraq is in the trinket box.  You should  wear that to the service, okay?” Ida said.

“I’ll wear it but it won’t break will it?” Felicia asked worried that the chain would break. 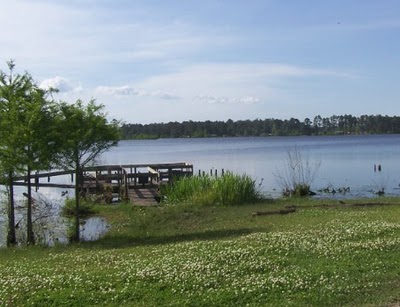 End of Part One